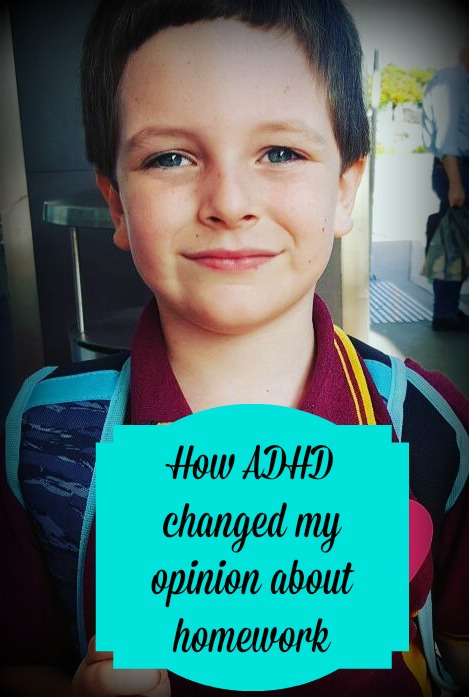 Despite the studies outlining that homework wasn’t needed for primary school kids and the many friends who lamented the stress it brought, I still saw the positives.  I liked being able to see the progress that his reading and writing was making throughout the year.  However those feelings have slowly changed.

Last month Mr 7 was diagnosed with inattentive ADHD.  This year the homework has really stepped up from what was expected last year.  It really made the issues Mr 7 has with concentration become glaringly obvious.  It cemented for me that it was OK that I was investigating his quirks.

Each afternoon I struggle with Mr 7 to get him to concentrate long enough on his homework to get it done.  It’s a struggle and one that I rarely look forward to.  He bounces, talks, taps his hands and sings while doing his homework.  I mostly let him go, letting him work out his energy while still getting his work done.

Then there are the days when the daydreams take over.  He forgets what he is doing half way through a spelling word.  The fidgeting isn’t getting rid of the extra energy and homework becomes one extra thing we become frustrated about.  I know that he can complete the work and that he knows what he is doing, but his brain just doesn’t let him keep up that connection.

On a bad day it takes us over an our to get through 10 spelling words.  It breaks my heart that he knows that he can do the work but that can’t get the focus too.  His eyes light up when he gets a word right or he gets the addition right the first time.

The last two terms I have spoken to his teacher and become so much more relaxed about his homework.  I don’t want to teach him that when something is too hard that the answer is to give up but in Year 1 homework just isn’t that important.

When Mr 7 started school I was eager for all of the things that come with school, including homework.  Over the last 18 months though I have discovered that his way of learning is so much different to what I remember from my own schooling.  I’ve learned that homework isn’t the be all that I believed it to be. Most of all I have learned that Mr 7 and I need to create our own learning journey that we are both comfortable with at home. 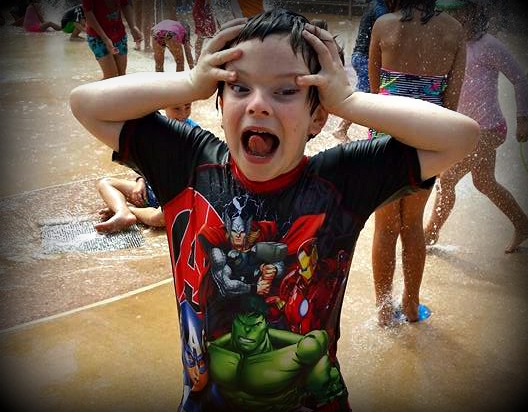 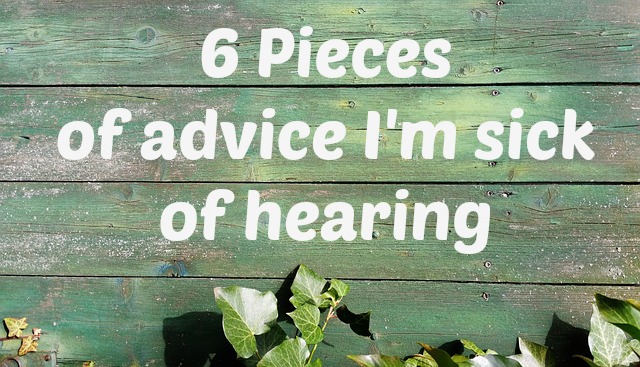 Some people get their knickers in a knot when you appear to ignore their well meaning advice.  There are days where it is easier to smile and nod when someone gives you advice, then there are days when the urge to tell them where to stick it is a little too strong.

The reality is that there is no obligation to use any advice that someone gives you, regardless of how well meaning it is.  You also don’t have to feel guilty when they imply that you aren’t helping yourself because you refuse to take their piece of advice.  Having the whammy of a mental illness and a child with a few different quirks means that some days the advice comes thick and fast.

If that was my child I wouldn’t accept that.

This little gem is usually in regards to Mr 6 not sleeping.  With a lot of things parenting, you really don’t know what you will accept until you are in the thick of it.  I don’t ‘accept’ that Mr 6 has trouble sleeping, but I do accept that, that is our situation right now.  Fighting and screaming every night doesn’t get him to sleep quicker, in fact it prolongs the whole process.

Just make him eat what you cook. He won’t starve.

Before I had a child who could refuse food, I too thought this.  Fuck I was stupid.  A child will starve themselves.  They will fight tooth and nail if they don’t like a food for whatever reason.  After Mr 6 made himself physically sick because he was so anxious about eating a food, I now only have one food rule.  He must at least try the food before declaring it disgusting.  This works most of the time and saves a lot of drama.

Mental illness is about so much more than just thinking positive.  One of the things that my psych says to me frequently is that staying mentally well is about having a full toolbox to draw from.  Turning negative thinking around is just one of those tools, it is not even really the most powerful.

When I have a child I won’t do that.

This one just makes me laugh now.  It used to really upset me when they would pass judgement on my decision to use melatonin to help Mr 6 sleep.  Then I reminded myself that they weren’t in my house at bedtime.  They didn’t have to listen to an upset child who just wanted to sleep.  They really just had no idea, and the truth is that you don’t until you are in the trenches.

Back in my day…

This is usually followed by some outdated gem about how all kids need is a kick up the arse and to stop being wrapped in cotton wool.  Also mental illness didn’t exist or some other shit.  Kids were seen and not heard, there were no tantrums and ADHD was just bad behaviour.

You know what cuts Mr 6’s tantrums short when I have the energy to remember to do it?  A simple sentence.  ‘I understand that you are upset right now’.  It opens the dialogue and makes him feel that I am listening to him.  Of course I’m not perfect and when I am 8 aisles deep in the grocery shopping, I just want it done and OMG can you stop talking!

Cooking everything from scratch is better for you. Mcdonalds is bad. read more 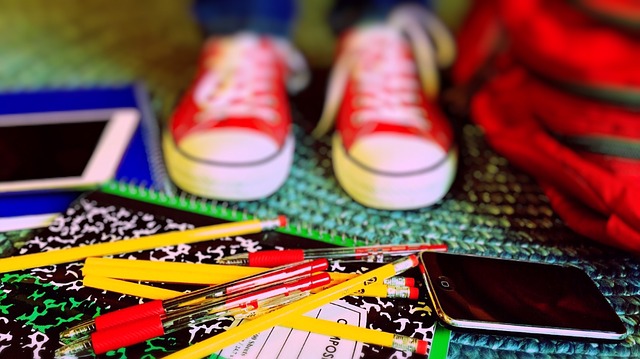 Mr 6 is off to start a new year of school tomorrow.  There is a myriad of articles and blog posts to help parents reduce anxiety for their kids starting school.  However there doesn’t seem to a whole lot of tips for the parents.

It’s a pretty big deal when our babies head off to big school.  I thought with Mr 6 having been at daycare that I wouldn’t be emotional about him starting school.  How wrong I was.

This year, our second year I am looking forward to the things that he will learn, but the anxiety has popped up again in the last few days.  These are the things I did last year to help reduce my anxiety about Mr 6 starting school.