Like our sleeping issues, around the age of two Mr 6 decided that most food was in fact gross and he was having no part of it.  I look back at photos of him trying solids where he at almost anything put in front of him and it’s enough to make to me scream.  Meal times became a struggle and a lot of the time I wondered why I even bothered cooking delicious meals. 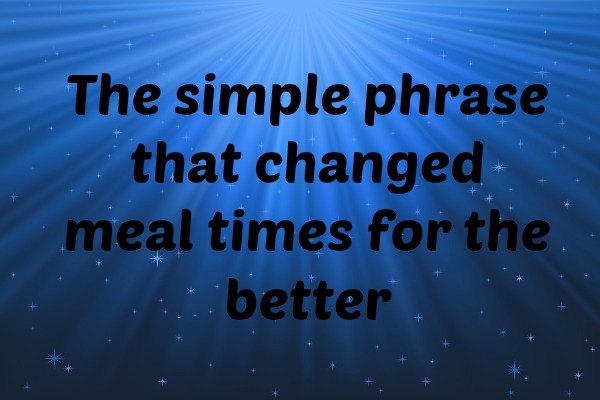 The first thing to go was the kitchen table.  Mr 6 seemed to get quite distressed about being made to sit and eat.  Even now he often walks around or bounces his legs while eating.  The social etiquette of eating at a table just didn’t feel worth the stress it was putting on both Mr 6 and myself.  He was eating more when meals were not as rigid too.

I tried so many things to get him to try new foods but none of them seemed to work.  Everything seemed to end in tears and not always just his.  I just wanted him to eat and I felt like a failure because my son’s diet consisted of plain pasta, bread and chicken nuggets…on a good day.  Not even dousing things in sauce worked because he thought sauce was gross.

We resorted to bribery and threats, promising the world if he just took one bite of a new food.  Of course it didn’t work and we got caught in the trap of giving him anything he wanted because at least it meant that he was eating.  I worried that he wasn’t getting enough though, he wasn’t sleeping and now he wasn’t eating either.

This year his aversion to most food became glaringly obvious as I struggled to find things to fill his lunchbox with.  I didn’t want him to have a lunch box filled with processed junk, but I still wanted him to have food.  Then in April he stayed overnight at a friend’s house and it was a turning point.

Not only did he eat all of the food that was on offer but it was a plate filled with food he had never eaten before.  I had a new trick up my sleeve.  I knew that he would try it, I just had to change my own approach to it.  It was so simple that I kicked myself for not thinking of it sooner.

I stopped telling him he had to eat what I put in front of him.  I changed the language that I used.  Instead of giving him an ultimatum I explained what the food was and told him that he didn’t have to eat it if he didn’t want to, but I would really like it if he at least tried it.

This method still isn’t 100%, we still have times where he just flat out refuses to eat.  However I do think that giving him back some of the power of choice has helped him to try food that he would often refuse.  Meal time is so much nicer for everyone too.

Do you have a fussy eater?

What have you found works?

One thought on “The phrase that changed meal time”