On social media lately I have been noticing an influx of posts about ‘keeping it real’ aimed at women.  These posts have always been there of course, but I seem to be taking notice of them a lot more.  I think it’s possibly because they are getting under my skin, we all know that the more we think about something, the more we notice it happening around us. 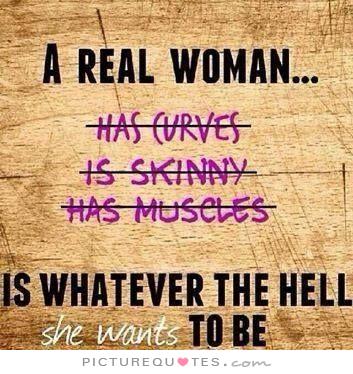 Last week I saw one post in particular (which of course I can’t find now) about women wearing make up.  The post lamented the fact that women were feeling the need to cover up and that they couldn’t be more ‘real’.  That is the part that I have a problem with.

I do wonder if it is a bit of Tall Poppy Syndrome at play, or at least the marketing of the tall poppy syndrome.  It’s the creation of ‘us and them’, a black and white look at how women physically present themselves to the world.  You are either real or you aren’t.  You can’t enjoy putting make up on, without being fake.  You can’t not wear make up without being labelled as not caring.

The comment sections of these posts are where it really gets interesting.  I do try to stick to the belief that you shouldn’t ever read the comment sections, but let’s be honest, who actually listens to that advice.  The comments are filled with women arguing about who is more real.  Those who don’t wear make up crow about not having enough time to worry about silly things like that.  While those who do wear make up accuse the other side of not caring about themselves.

I feel that the body love movement has almost gone too far in the opposite direction.  It is almost taboo to admit that you enjoy wearing make up and wearing clothes other than sweatpants.  There is an underlying current that people who use make up have too much time on their hands, that their priorities are wrong, or that they must hate their appearance.

4 thoughts on “Being a real woman”