Mr 4 loves the move Tangled.  I’ll be honest and admit that it’s one of my favourite new Disney movies too.  Not everyone loves the Disney Princesses though and I think they might be getting a bit of a bad rap. 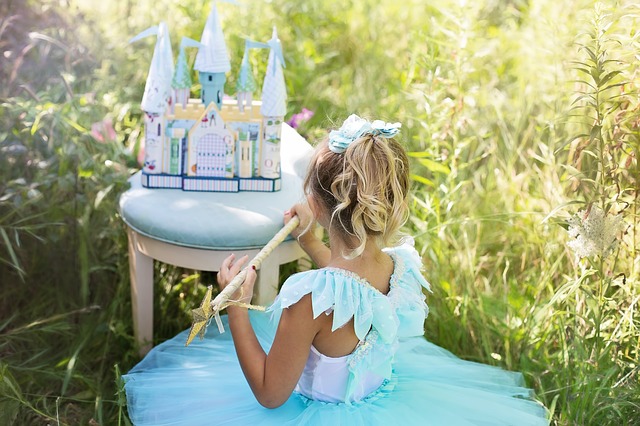 Sometimes I feel like maybe there is a little too much adult input into what the underlying message a movie is trying to our young children.  Recently Peppa Pig came under fire for promoting Feminist Ideals because the female characters in the show had jobs.  I asked Mr 4 what he thought Peppa Pig was about..his answer was pretty simple *jumping in muddy puddles*

Now maybe I am underestimating kids, maybe they do see the underlying messages in shows.  According to critics, the Disney Princesses promote a lifestyle where women rely on a male figure to save them.  That their only goal in life is to get themselves a man and start popping out those babies.  As an adult I can see those undertones, however I think that the children are more likely to respond to the role models in their life, rather than a fictional character.

Last time I checked, I’m a girl.  I was a girl who loved princess stories as much as the next little girl.  I knew every word to Swan Princess and watched it so many times I am sure my mother wished she could throw it out without me noticing.  Yet here I am, an adult who doesn’t believe that a man is the be all and end all of my existence.  A woman who loves her partner fiercely but knows that it’s not a fairytale, it’s taken us a lot of work to create the relationship we have.

I have a child who I love more than life itself, however he wasn’t in my life plan originally.  He was definitely a surprise baby! A pleasant surprise!  If you had told my teenage self that at almost 26 I would have a child I would have laughed in your face.  I didn’t think that having a child was the only thing that a woman had to offer the world, because I had parents who taught me that I could be anything.

A child takes much more notice of the things you do and less of the things we say.  Sure if we go flitting around our lives from man to man, never quite happy unless we are attached then our daughters will see that as the norm.  They haven’t picked it up from a fictional character, they saw it in their world.

Maybe we need to spend more time showing our girls that they can be anything they put their minds to.  It’s more than the wishy washy building self esteem stuff, it’s about teaching them that hard work pays off, that the way they choose to live their life is OK.  Isn’t that what Feminism is about?  Being equal, not shooting people down for their ideas and the way they live.  Having a high flying career might be your idea of a great life but it doesn’t mean that a woman who chooses to be a SAHM and take care of her husband is worth any less.

Children already seem to be forced to grow up too soon, let’s let them have their Disney Princesses and their Prince Charming.  We all need down time from the world around us.

Do you think the Disney Princesses are getting a bad rap?

Linking up with Essentially Jess for IBOT (which is most definitely not gone forever!)

29 thoughts on “Stop Hating the Princesses”