Any parent will be able to recite to you the effects of sleep deprivation.  Whether it’s a long term issue or one night after months of being a perfect sleeper, we’ve all felt it.  The term walking zombie comes to mind. 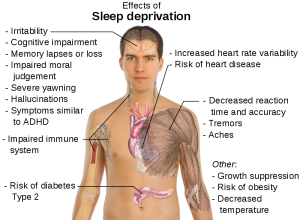 Sleep is so important to good mental health.  Of course it’s always easier said than done.  When you have sole care of a small child, you can’t just pop a sleeping pill and hope for the best.  At least not without knowing how well it works first.  The trouble with not being able to sleep is that for me it’s often too late to even contemplate taking medication…I have enough trouble getting out of bed in the morning as it is.

A few years ago, before D came along, I couldn’t sleep…for 5 days straight.  I laid in bed, closed my eyes and nothing happened….for 5 days.  I had been taken off all sedative medication and had no access to any.  I even tried alcohol and nothing happened.  My brain just refused to switch off. I was at a loss as to what to do.  On the 3rd night I went to A&E.

I had called the Crisis Team, they told me to go to A&E, it was fruitless. I was at a loss as to what I could do.  My brain was refusing to switch off. My eyes burned from being open for 4 days. I was very close to snapping. I covered an entire wall in my room with paper and wrote ramblings, that spanned the whole wall. A kind of brain splatter on my wall. None of it made sense.  Still I couldn’t sleep.

I had a small amount of hope (or I was a glutton for punishment) and went to the A&E again.  It was now day 5. I didn’t have much faith, but I needed sleep and I was willing to do anything at this point.  Anything legal that is.  I was in luck…the registrar who was on duty that night was someone who knew my history…something that the other doctor could have easily checked and seen that I have never had an issue with drugs.

He couldn’t believe that I had been ignored so long.  He wanted to admit me, I just wanted to sleep, something that we all know doesn’t happen too comfortably in a hospital bed.  He had no hesitation in giving me a wafer type medication to help me sleep. A wafer is a medication that dissolves as soon as it hits your tongue.  An easy way to avoid giving me a script, which is what the other doctor was apparently trying to avoid.

After 5 days, I sleep deeply and long.  I felt refreshed and like I had control over my body again.

Snore Australia states the effects of chronic sleep deprivation as “feeling tired, irritability, slurred speech, blurred vision, memory loss, inability to concentrate, episodes of confusion, hallucinations, nausea, impotence and reduced sexual drive. ”  They also state that extreme sleep deprivation can lead to psychosis.  Unfortunately the only way to ‘fix’ sleep deprivation is to sleep.  Something that can be easier said than done, especially when you add small children into the mix.

The website How Did You Sleep says that the importance for sleep to mental health is paramount. “Sleep allows the brain to take in new information and strengthen our memories.  The quality of your sleep can have a significant impact on your mood, energy level and ability to concentrate.  It can affect your work, cause relationship problems and make it difficult to complete simple tasks.  Sleep can also affect our mental wellbeing, immune system, and other health-related issues. It is crucial to our health that we learn to sleep well.”

Do you have trouble with sleep?

What do you do each night to ensure that you get a good nights sleep?

Linking up with Jess for #IBOT

15 thoughts on “The importance of sleep”