Whenever a story about suicide or attempted suicide hits the media there is a mix of reactions.  There are the people who don’t care, they see the suicidal as an inconvenience. There are those who have been there and understand the despair behind suicide.  Then there are those in between.  They don’t really mean to be offensive, but they are misinformed and they can’t possibly keep their comments to themselves. 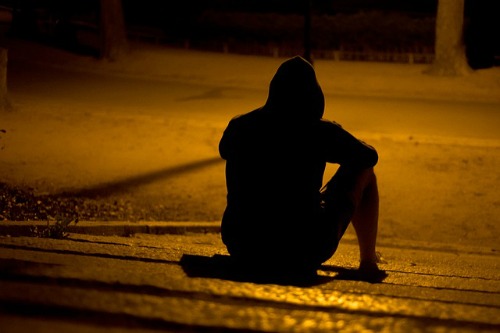 The comment sections seem to be filled with these in between people. They have possibly read an article about suicide and now believe that those signs are gospel when it comes to a person expressing suicidal thoughts. People who make the news due to their suicide attempts are subjected to the scrutiny of these armchair psychiatrists. I’ve responded to these comments in the past and have been met with disbelief and uproar.  ‘I’m only try to help’, is the outcry. Yet they don’t realise or refuse to acknowledge how unhelpful their commentary is.

The most common comment I have noticed is ‘if they were really suicidal they wouldn’t have told anyone’. Contrary to the beliefs these people hold, there is no ‘right’ way to be suicidal or to attempt suicide.  Someone reaching out after they have taken action against their lives are no less suicidal because there was something that made them change their minds. A person who admits to making an attempt on their life isn’t any less suicidal.

Another common catch phrase used is that the person is ‘just’ crying for help. Well, yes they are. It’s a dangerous way of asking for help, but that is what they are doing. A friend once said to me that she found it ludicrous that self harm and suicide attempts were written off as nothing more than attention seeking. The term always said in a derisive tone, with undertones of ‘time waster’. It was her belief that if someone used such a dysfunctional way of drawing attention to themselves, then maybe we need to spend some time giving them attention and teaching them positive ways to express themselves.

I often feel uncomfortable when talking about my own suicide attempts because I sought help so soon afterwards. I don’t feel that my experiences are valid because maybe I wasn’t really suicidal at all. I buy into the stigma I fight so hard to help others see past. As usual I am far harsher on myself than on others.

There is no right way to be suicidal. There is no rules for attempting suicide. Someone seeking help doesn’t reduce the validity of those suicidal actions. You can’t ignore someone’s cry for help because you don’t think they are suicidal enough.

At the end of the day, strangers commenting on the validity of a person’s attempt on their life achieves nothing. I wish that suicide attempts were not used as news fodder, click bait headlines that lure the dregs of society to the comment section. I wish that people would think before they type something hurtful about a person who is already in an incredibly vulnerable position. I wish that they could keep their thoughts and their unspoken rules about suicide to themselves.

Linking up with Kylie for IBOT!

8 thoughts on “Suicide has no rules”