When I first starting needing mental health treatment I lived in a small rural town.  The nearest major town was 5 hours away, at the time it was mostly a dirt road.  I don’t think that people realise the realities of living in a rural town when it comes to health care.  These are my own experiences. 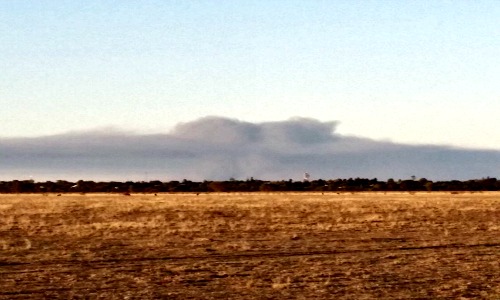 1. You can’t beat the queue in public health by seeing a private practitioner, unless you want to travel.

The first psychiatrist that I saw when I was 14 was actually from the adult team.  I saw her because she visited more often than the child psychiatrist.  When I say ‘more often’ it was every 6 weeks instead of every 12.  If there was a crisis in between appointments it was dealt with over the phone, or with a GP.

This is not generally down to the staff, and it’s not the nitty gritty details that will get out, but don’t expect to be able to be admitted to hospital without the town knowing.  Someone will see you, who tells someone else, who tells someone else and on it goes, all complete with parts that didn’t actually happen.

3.  Inpatient treatment is often hours and hours away.

When I was a teenager, the closest inpatient unit was 16 hours away.  As an adult, before I moved to the town that I live in now the closest public unit was over 7 hours away.  I was lucky that either one or both of my parents were able to stay close to the hospital when I was admitted.  Not everyone is that lucky.  An admission to an inpatient unit, especially for the first time, can be daunting enough without having to do it without support of loved ones.

4.  Sometimes a town doesn’t have a GP, hospital or a chemist.

The town that I grew up in went through stages where we had our own GP or we relied on a visiting one.  The hospital has now also closed down and is only a primary health centre.  This means that they do have an RN, but they are not on site at all times and they can only deal with minor injuries and illnesses.  There is also no chemist and the closest one is 68km away, with no public transport.  Prescriptions were taken over by the local transport company in a sealed bag, so any medication needs had to be dealt with in advance.

5.  Stigma among health professionals is more noticeable, and there often isn’t an alternative professional.

The town where I got most of my treatment had two GPs.  One of them didn’t believe in mental health.  Hell I don’t think he believed in a lot of health conditions.  Sometimes when I presented to the hospital he was the Dr on call.  This never went well.  The Dr was also the senior GP, so any decisions he made were final.

It’s unacceptable that in a developed nation there are people going without much needed mental health treatment because of where they live.  The most vulnerable in our society are being swept under the rug, even though many of the farmers are the backbone of our economy.  It’s a sad state of affairs when cost comes before health.

Have you experienced mental health treatment in a rural town?