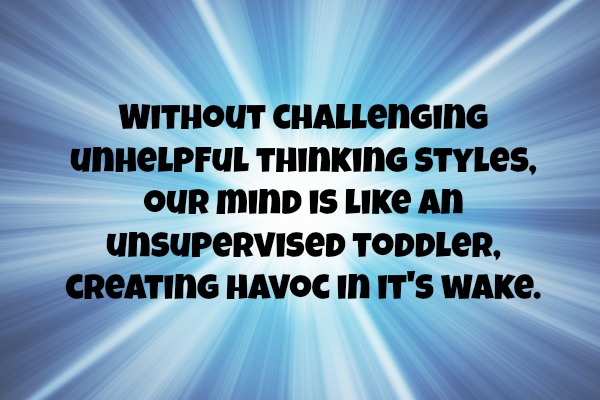 Man that sounds all so bizarre when I read it back.  It doesn’t feel logical, but that is the trouble with mental illness, not much is really logical.  One of the symptoms of Borderline Personality Disorder is an unstable sense of self and the beliefs of the separation of mind and body was most likely how this manifested it self for me.  I still have an unstable sense of self, but it has manifested itself in different ways.

Instead of paying attention to the positive thoughts in my mind about myself and my surroundings, I cling to the negative.  I let them fester under my skin and collect them like they are prizes, instead of the rotting corpses that they are.  My psychologist was impressed (well that’s not quite the right word, but everything else seemed too negative) that I could remember things I had done or said from over ten years ago, that my mind was filled to the brim with these memories.

I hang onto these thoughts because they affirm my core beliefs, these beliefs are negative at the moment (fear of failure, of looking stupid, of people thinking badly of me) and that is why we are working to create new ones for my mind to default to.  My psychologist likens our thought processes to an unsupervised toddler.  If we let our minds run rampant, and don’t bring back the focus to the positive and the reality (it’s ok to have negative thoughts, but they need to be in line with the circumstances, rather than all you think) then you create a mess.

We are working to make challenging these unhelpful thinking styles become normal, that my focus won’t just be on the negative.  It’s my hope that I won’t default to dwelling on the past and running through scenarios.  There is no use berating myself over something I did 10 years ago, it won’t change the outcome.

Do you struggle with negative thoughts?

Have you done any mind wrangling?