This week for I Must Confess, Kirsty is asking about our favourite books.  I am pretty sure that I have written about it a few times on the blog, so I wanted to share with you the challenge I have set myself for this year.  A challenge to only read books by Australian Authors. 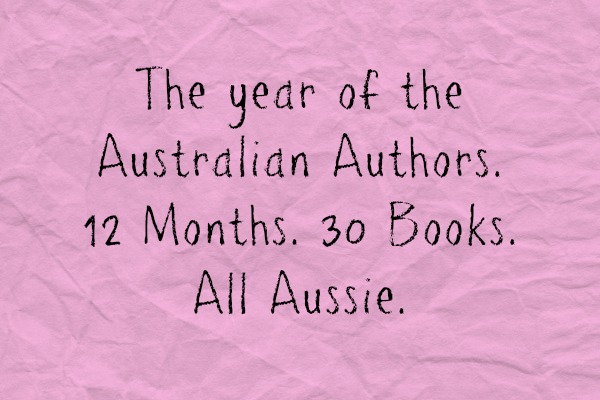 I first heard about the challenge (hosted by Pip from Meet me at Mikes) in the Pink Fibro Book Club at the end of last year.  I hesitated at first because a year seemed like such a long time to focus on one area of authors.  Then I realised how silly I was being, it was just a year, the books that I found along the way that weren’t by Australian authors were still going to be there when I finished.

I started off on Good Reads and did a search of Australian authors.  There was a massive amount of authors on there, I was starting to get excited about the year ahead.  I found authors that I had forgotten about (John Marsden) and new ones to sink my teeth into.

Last year I read over 30 books for the whole year.  A few of them were easy reads that I managed to push over in a couple of days.  They were books which didn’t really stick in my mind, and I only know that I read them at all because I saved them in my Good Reads read shelf.

I set myself the same amount of books goal but honestly, I’m not sure that I will make it that far.  You see, the first cab off the rank is The House at Riverton (also known as The Shifting Fog) by Kate Morton is proving to be a heavy going story.  It’s so interesting and there is so much detail involved in the writing that I am savouring it all.  I don’t want the story to end, but at the same time I am eager to know what the main characters secrets are.

I haven’t decided what my next book will be, but I do think that I will have to find something light.  It’s much easier to space my heavy books out with a light read in between.  I am so excited about reading books that are a little different than what I am used.  Although I will be revisiting a few favourite authors too.

What’s on your to read list at the moment?

Do you think you could stick to Aussie Authors for a year?

10 thoughts on “The Year of the Aussie”