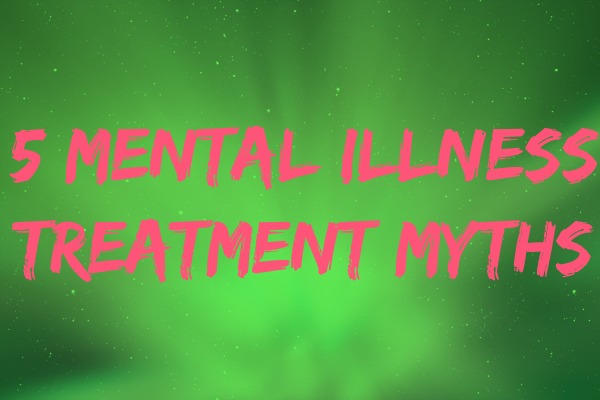 Padded Cells are a spongy room where you can bounce off the walls.

As fun as this would be, they aren’t.  The walls are a lot softer than the walls of a normal room but the softness is more likened to carpet vs concrete, rather than actually feeling spongy.  You also have to be in a hospital gown, on your own, with nothing in the room.  These rooms are often used when someone is posing a great risk of harming themselves.  They aren’t feel happy at all.

ECT aka shock therapy is barbaric.

In it’s original form, Electro Convulsive Therapy (ECT) was extremely barbaric.  However in its more modern form, ECT is an effective way to treat depression, bipolar and schizophrenia.  It is often used when other forms of treatment such as medication and therapy.  ECT works by administering a small electric current through the patients brain while they are under general aneasthetic.  The patient experiences memory loss so it usually used as a last resort for patients.

Once you start medication you have to be on it for the rest of your life.

For some people, yes that is a reality but it isn’t for everyone.  For some people medication is a stepping stone for them to be able to better access therapy.

No, just no.  The first time someone said to me that I needed to shut up and take my ‘happy pills’ I felt like jamming the entire packet down their ill informed throat.  Medication doesn’t instantly make you feel better, in fact most medications actually take 6-8 weeks to reach a therapeutic level, as long as it’s the right medication for you.  Medication, in my opinion, needs to be used in conjunction with talk therapy, at least when it’s first administered.

You just lay on a couch in a psychiatrists office and tell them all of your problems.

First off, I think that a lot of people get psychologists and psychiatrists mixed up.  A psychiatrist is a doctor who specialises in psychiatry.  They prescribe medication and appointments tend to be quite short, they are more of a check in with how the medication is going.  However a psychologist is the one who deals with talk therapy, and they can’t prescribe medication.  Therapy isn’t just about spilling your troubles and then feeling better.  Therapy is about so much more than that.  It’s really hard at times, and it challenges beliefs that you have had for so long that they feel a part of you.  Therapy is about give and take, you really only get out as much as you put in, and the same goes for the psychologist.

What things have you heard about treatment for mental illness that has seemed strange?  Have you faced any of these myths personally?