This week in the Musings house, we’ve had those annoying creatures known as head lice.  As much of a pain in the but it all was, we did manage to learn a few things along the way! 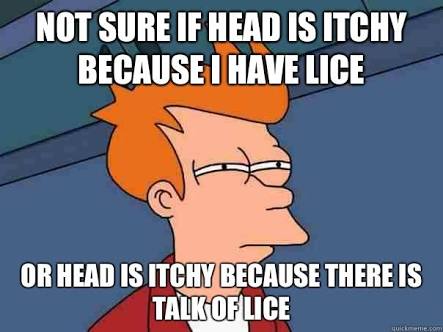 We’ve been pretty lucky that despite Mr 4 being in childcare regularly for years, this is the first time he has gotten the dreaded head lice.  We’re chalking it up to experience at this stage and hoping the little buggers don’t decide to make his head a regular feasting spot!

Have your kids (or you) gotten head lice?  What are the things you’ve learned along the way?

Linking up with Emma who is guest hosting for The Lounge today!