I’ve been toying with the idea of doing a review post for a while, but I just couldn’t find the motivation.  In the month of January I managed to read 6 books so I thought now is the time! 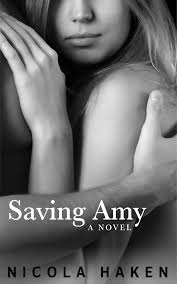 Saving Amy was one of those books that sucked in you from the start.  Saving Amy tells the story of a young girl who is at the mercy of her abusive father.  I found myself willing her to leave, to tell someone what was going on.  After attempting suicide Amy is admitted to hospital, where the truth is slowly revealed.  The story is filled with ups and downs and it’s hard to believe that this is a work of fiction because Haken manages to describe the turmoil that Amy is going through in such great detail.  This book stayed with me for days afterwards, and left me wanting more. 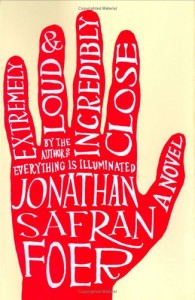 Incredibly Loud and Extremely Close is told from the perspective of nine year old Oskar Schell.  Oskar lost his father in the 9/11 terrorist attacks and after finding a key in his father’s closet that he is sure will lead him to a secret.  The story follows Oskar as he tries to make sense of the key and what his father had intended for it.  Included are stories from his Grandmother and Grandfather.  I found the writing quite disjointed, and struggled to relate to the main character.  The added stories from the grandparents also felt like they ran parallel to the story, not intertwining into it until the last couple of chapters.

I know, I know, I’m really late to this party.  I’ve had them on my kindle for quite a while but they were in the wrong format so I hadn’t gotten around to changing them until recently.  I managed to knock these babies over in just over a week and I really liked them.  The Hunger Games Trilogy is the story of Panem, a series of districts headed by the Capitol, set in the future.  The Hunger Games were born after a rebellion set in motion by District 13, 74 years in the past.  The Capitol used The Hunger Games as a means to scare the remaining districts into compliance.  Each year, a boy and girl from every district are sent to The Arena where they are forced to fight to the death for the entertainment of The Capitol.

It was refreshing to read about a strong female character in what could have easily been a male dominated series.  Katniss is fierce from the moment she graces the pages.  She has had to learn to survive, a quality that helps her character shine.  I did get a bit tired of the love triangle and was disappointed that this featured heavily in the third book.  I wasn’t a huge fan of Mokingjay though as it felt like the whole book was spent just waiting for something to happen.  I am so glad that I decided to read the books before watching the movie because I don’t think I would have read them after the movie.  The story dragged in the film version and a lot of the action was cut out. 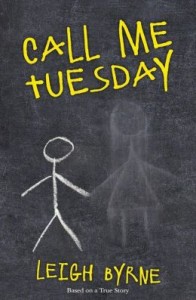 Call Me Tuesday is based on a True Story and is told by Tuesday Storm.  It talks about the abuse Tuesday received at the hands of her mother.  After the death of her sister, Tuesday becomes the target of her mother’s pain and hatred.  The day that things change in the Storm household, her mother refuses to acknowledge her by her name, slowly managing to turn her brothers against her.  There were many times in this book where I had to stop and go back Mr 4.  It was harrowing and I really struggled to fathom what could drive a mother to hate her child so deeply.