This weeks prompt for I Must Confess is ‘Why I’m Awesome’ and I just knew that I couldn’t resist a title like that. I am self confessed Queen of Awesomness. I’m awesome just ask me, I’ll tell you.  I think people will struggle with this one as it’s really hard to say nice things about yourself in an open forum. My suggestion? Don’t take it so damn seriously.  It’s life, it’s not like you get out alive. 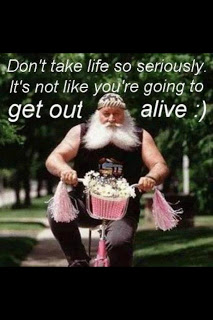 1. I went clubbing in trackpants. With the tag still attached. I’m still not sure what is more awesome, the fact that I went out in them or that I was still allowed in.
2. I fail regularly at all of this housewifey shit but I’m not afraid to admit it. I’m no stepford wife.
3. I have THE BEST group of friends. Really couldn’t ask for better ones. I could ask for more normal but hey where is the fun in that.
4. I drink my vodka out of a Wreck It Ralph cup I got from the cinema.  Just for added measure I drink from a straw that is fastened to the side of my cup with a paperclip. An icecream shaped paperclip so that makes it twice as awesome.
5. On more than one occasion I have gotten vodka in my eye. This may not seem awesome but when I drink it out of a straw it really is a super human effort on my part.
6. I totally perfected cheesey toast that shits all over the stuff you get at sizzlers.  I just never seem to have bread whenever I am craving the shit.
7. I won an award for most awkward tweeter on Friday. I can’t remember what it was I wrote because I was drunk. Apparently it was awesome though. I am however still waiting for my badge for that shit.  Get to it people.
What makes you awesome?  Head on over to My Home Truths to check out everyone else’s confessions!

One thought on “I’m Awesome”