I received products from Palmolive in order to perform this review. All opinions are my own and are no way influenced by the gift of products.  Digital Parents Collective covered the administration costs of the review.
Pssst. I let you in on a little secret…I hate washing up with a passion.  In fact in the top 5 of household tasks I would happily never do again, washing up is right up the top.  So when I was asked to review the Palmolive dish washing liquid, I knew it had to be a good product to make washing up that tiny bit more enjoyable.  I received two different products, Antibacterial and Pomegranate. 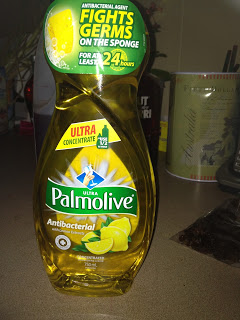 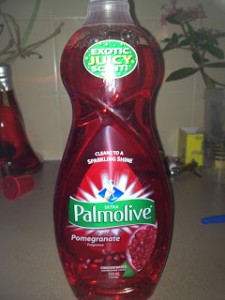 I’ll let you in on another secret. I hate washing up so much that if something looks too hard to wash up, I will throw it in the bin. This is the reason why I only buy cheap pots and pans. However Devil Papa bought me a set of pans for Christmas that were a little bit more than my usual $10 so I really hoped that the Palmolive Dishwashing Liquid worked as well as the hype it produced.
I really wanted to put the stuff through it’s paces so I purposely (ok I was just lazy but it sounded good) left the pans and plates from dinner on the sink, without rinsing them, until the next morning.  We had steak, eggs and chips for dinner. All of it perfect for baked on stuff.  Here’s the result. 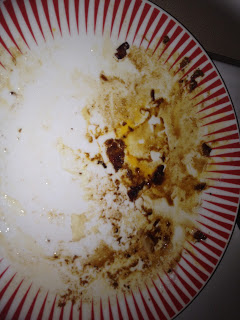 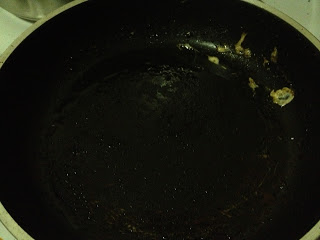 Lots of baked on goodness….
Once I was sure it was baked on enough, I started the washing up process. Something which I expected would need a lot of elbow grease and a scourer. I was pleasantly surprised.  The washing up took no longer than usual and I didn’t have to use the scourer at all. Normally for baked on foods like the plate, I would have to soak it but I was able to simply wet the plate and then wash with a cloth. 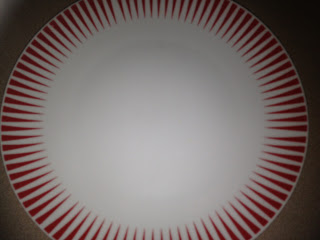 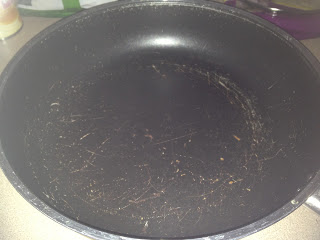 Something else that I was also impressed with was the amount of suds. Now some people will say that too many bubbles are a bad thing, not me. If it has lots of bubbles, to me it’s doing it’s job. Even though there was lots of bubbles, it didn’t leave a slimy film on the sink and plastics like a lot of other dishwashing liquids I have used do.  It also didn’t seem to clog up the cloth, so I was able to use to wipe down the benches after washing up.  Another surprising aspect was that there was still a large amount of suds after I had finished washing up. Previous products that I have used, the suds have all disappeared half way through the wash and it kind of feels like you are just washing up in water. 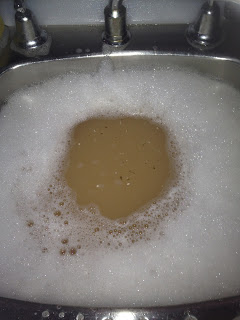 Now comes the fun part! Thanks to Palmolive I have 3 Antibacterial and Pomegranate Dishwashing Liquid packs to give away to my readers…that’s right YOU!
To be in the running all you have to do is tell me the household chore you hate the most and why. The 3 entries that make me laugh or shake my head will be the winners.
Entries Close on Thursday the 31st of January 2013 at 8pm AEST. Please make sure either your emails are visible on your accounts or include your email in your comment so I can get in contact if you are a winner.
Good luck! I look forward to reading everyone’s entries!

44 thoughts on “Palmolive Review and Giveaway.”